2014 went down as the year of e-commerce, firing the aspiration of the Indian youth and middle class while this year will be even more promising both for the consumer as well as the entrepreneurs. With average annual spending on online purchases projected to increase by 67 per cent to Rs 10,000 from Rs 6,000 per person, according to an ASSOCHAM-PwC study.

E-commerce industry, valued at $17 billion, growing at an compound annual growth rate of about 35 percent each year and will cross $100 billion in the next five years, noted the ASSOCHAM-PwC study.

With nearly one-third of internet users already making purchases online, the eCommerce growth will rely more on increased spending from existing buyers than first-time online buyers. The paper said that the online shoppers and buyers starting with a base age of 18 have become more involved with eCommerce in their early teens.

The easiest way to create an e-commerce website is to build it on a content management system (CMS) software. It is evident from the statistics that people love WordPress to build their websites. WordPress gives you the liberty to create a website with minimal coding knowledge. WooCommerce is one of the plugins in the WordPress repository that converts your WordPress site into an e-Commerce portal. And I’m glad to let you know that it has been acquired by Automattic, the company behind WordPress.

WooCommerce is one of the easy-to-use WordPress plugin to create an online store. It requires a few clicks to setup the pages, tax information, shipping details, and other important modules. The analytics are beautifully shown graphically. It is because of these reasons why WooThemes was acquired by Automattic on May 19th, 2015.

The co-founders of WooThemes are quite excited to join the Automattic team. Magnus Jepson and Mark Forrester blogs about the acquisition on their personal blog.

Matt Mullenweg, the founder of Automattic shares his thoughts in the above video about WooCommerce joining Automattic. “I remember a few years ago I was at [a WordPress conference],” he says in the video announcing the acquisition. “Someone stood up in the Q&A and asked me ‘When are you going to make it as easy to publish stores online as you’ve made it to publish websites?’… and there was spontaneous applause from the audience. People loved this idea.”

If e-commerce is the next step for WordPress, this acquisition helps them make a massive splash into those waters: WooCommerce already powers roughly WordPress-based 600,000 storefronts. 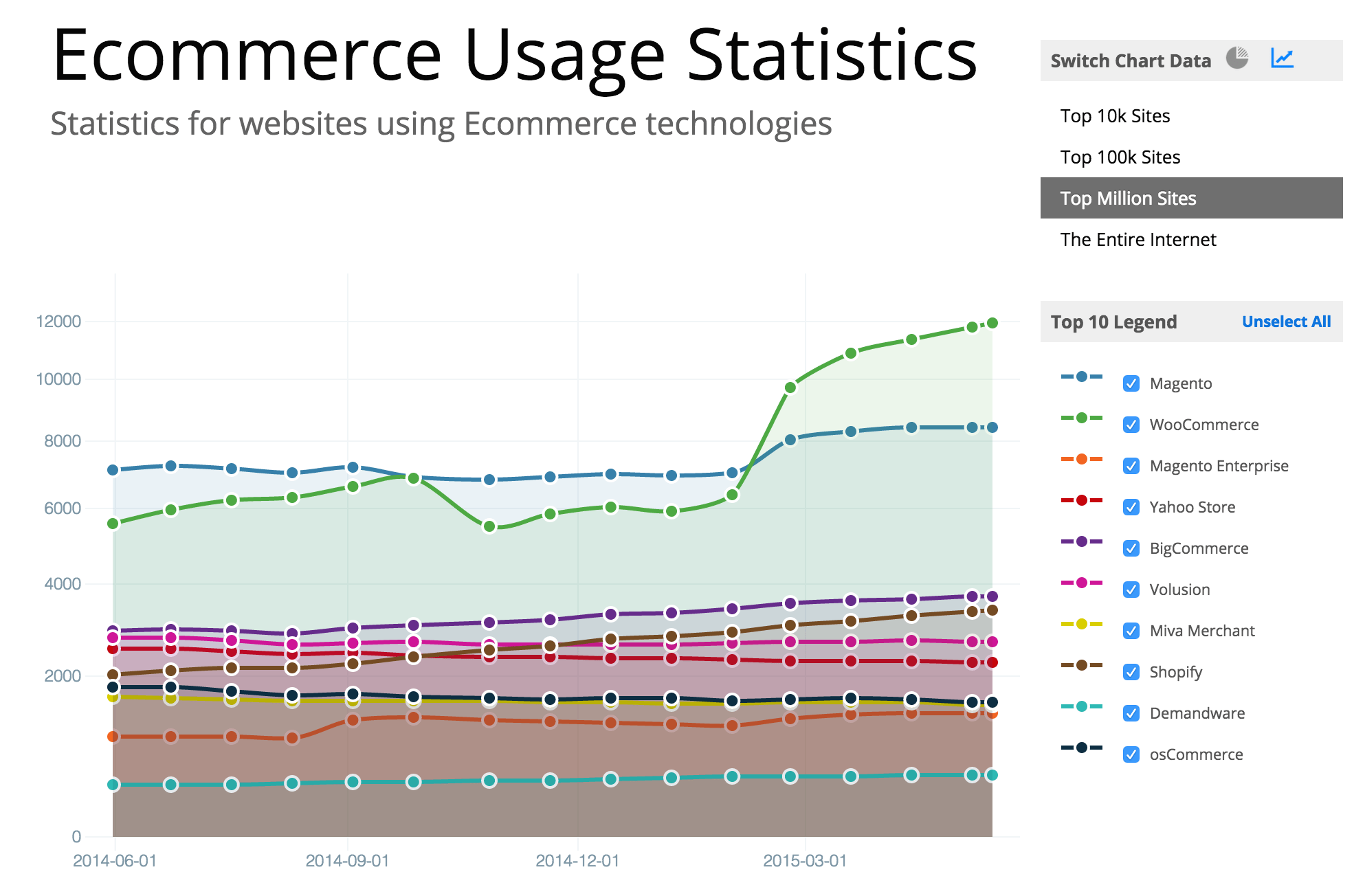 The stats are impressive: the WooCommerce plugin has over 7.5 million downloads and a million+ active installs; BuiltWith’s survey of ecommerce platforms shows Woo passing up Magento in the top million, with about triple the number of total sites. Even a conservative estimate that WooCommerce powers about 600,000 storefronts means they’re enabling a huge number of independent sellers. They’ve added a tremendous amount to the WordPress ecosystem (alongside everyone else working in this area).

“As we work our way toward 51%, WooCommerce joining Automattic is a big step opening WordPress up to an entirely new audience. I can’t wait to see how much more we can build together.” adds Matt in his blog.

Neither WooThemes nor TechCrunch confirms the actual acquisition amount but here Crunchbase shows that Automattic got the deal for $30 million in cash and stock.

So, what exactly does this acquisition mean to existing WordPress and WooCommerce users? Well, hopefully we will have all the themes in the WordPress theme repository compatible with WooCommerce. But most importantly, all those who are already using WooCommerce to power their online store have more things to rejoice as the core WordPress team will certainly make this plugin more efficient than ever.

WordPress P2: Things You Should Know

Slack and Microsoft Team have...

Google Virtual Visiting Card – How To Create Your People Card

Google has launched a brand new...

This site uses Akismet to reduce spam. Learn how your comment data is processed.